Get 1 BOOK and tell a friend ​

A story told in the reverse order of life, from death to birth

Then There Were Eight - book 4 of series (In her younger years. Essie's hot and sexy and yes, romantic life) -  Digital copy

Fight at a Funeral - Click on picture for US link

Then There Were Eight - Paperback

Fight at a Funeral - book 1 of series, The death of a iconic single mother with 8 kids -  Digital copy

Marie Wanna - book 2 of series (after the big fight and after Essie died. How did it affect the family, especially, Marie Wanna?) -  Digital copy

Some Other Books of Interest

Fight at a Funeral - Paperback copy

Click on book cover photo below to get more information about it. 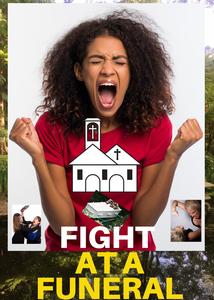 People ran frantically in all directions for cover and safety. Holy punches and kicks were flying all over the place, and before anybody knew it, a chaotic barroom-style fight had broken out all over the funeral grounds. Siblings and relatives with old feuds, grudges, and rivalries were releasing years of built-up fury over unsolved matters. Fight at a Funeral. A true must read!

A Story Told in the Reverse Order of Life, from the Grave to the Cradle.

Fight at a Funeral

Excerpt from Fight at a Funeral ;

No one interfered with them (the young couple; Redflag and his domestic wife, Pauline D’Headlicker), and they would have enjoyed a peaceful life in Essie’s backyard if they hadn’t been their own worst enemies. There were times when they broke out into a serious argument that eventually led into a fistfight. Yes, fistfight. Redflag usually started the arguments, mostly because of his wife’s infidelity, but it was Pauline who was the first and only one doing the hitting. Poor Redflag simply ducked or dodged her blows.

He never once retaliated. Instead, he tried to contain her by holding her two hands as long as he could to stop her vicious punches. It was always the same story. Redflag, who in principle didn’t believe in laying a hand on a female because Essie had taught him well, was the jealous guy who started the argument and ended up being physically abused by his domestic lover.

When the scuffle was all over, Pauline was the person crying the loudest and the most desperately; Redflag was the one with the proud victory walk and the swollen face or black eye. Despite his wounds, he was the person everyone wrongfully blamed and screamed at. Everyone automatically ran to Pauline’s rescue because she was crying so hard. No one understood that she was crying so hard because she couldn’t get as many punches in as she would have liked. Pauline had a sharp temper like Mike Tyson and a right hand like Muhammad Ali. She was opinionated and did not take kindly to anyone telling her what to do. By nature, she enjoyed a good fight.

Because of Pauline D’Headlicker’s hostile attitude, Redflag Green was glad when his mother filed for him and his children to emigrate to the United States. Pauline, not knowing that Redflag was on the verge of receiving his immigration approval, had moved out of Redflag’s house two months before he traveled to the United States. One day, she just packed her bags and left Redflag and all her kids behind. She went to live with a man named Bunpan Leftover, who was doing very well in Jamaica, certainly much better than Redflag. Mr. Leftover had a big, fancy house and lots of money to go around.